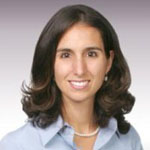 Paula Fitzgerald, Esq. is the executive director of Ayuda. She previously served as managing attorney at Ayuda’s Virginia office, and as an immigration staff attorney. Prior to joining Ayuda in 2008, Paula served as an immigration staff attorney at Hogar Hispano of the Catholic Charities of the Diocese of Arlington, and as an associate at Hunton & Williams LLP.

Paula’s immigration legal work focuses on humanitarian relief for individuals, children, and families, including VAWA self-petitions, U visas, T visas, and Special Immigrant Juvenile Status petitions. She also has extensive experience in family-based immigration matters, consular processing, waivers and NACARA cases. Paula credits her parents with instilling the values that led her to her work. Her mother, a Colombian immigrant, was a social worker at a school with a large Latino immigrant population. Her father worked as a psychologist for the mentally ill at Saint Elizabeths Hospital.